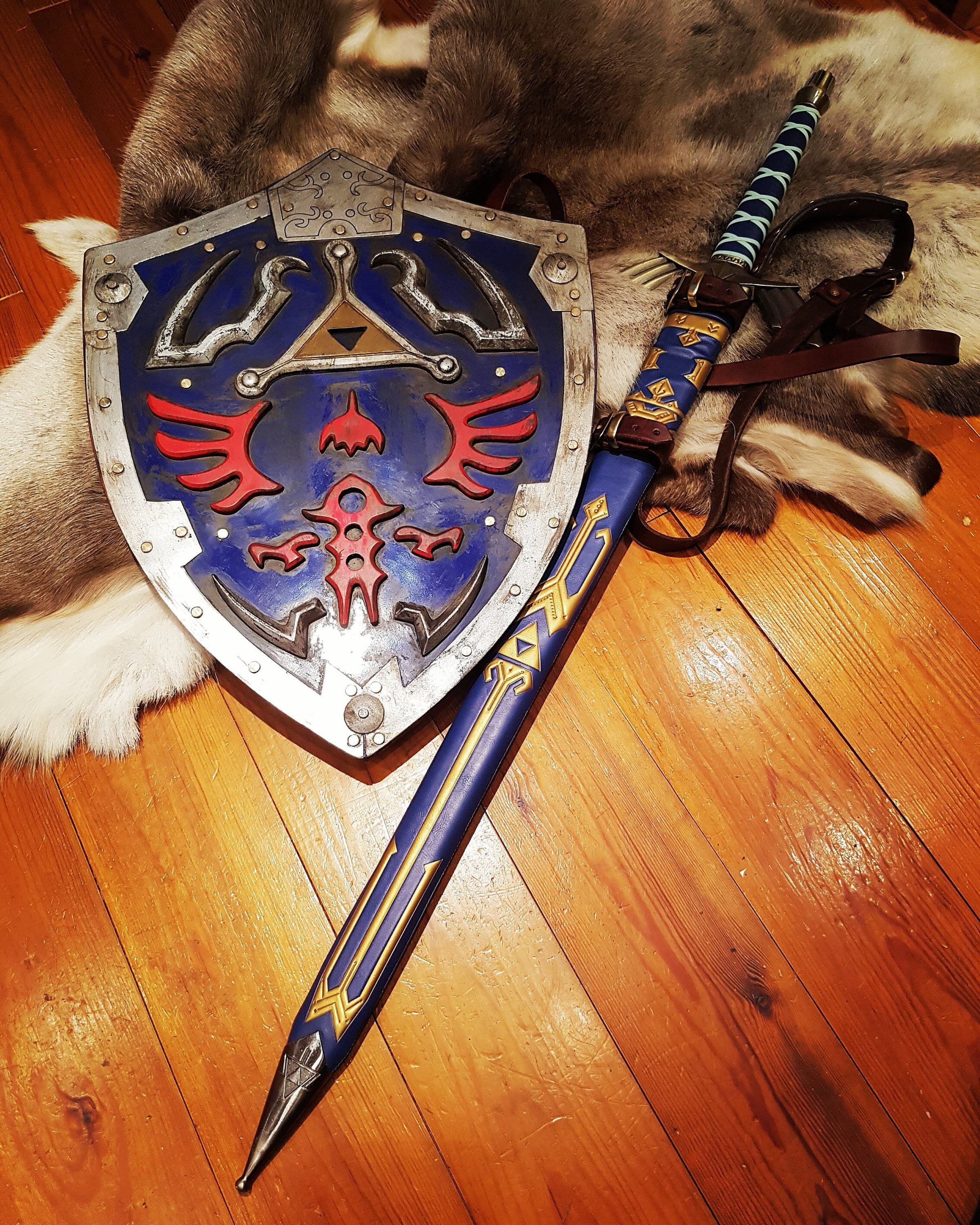 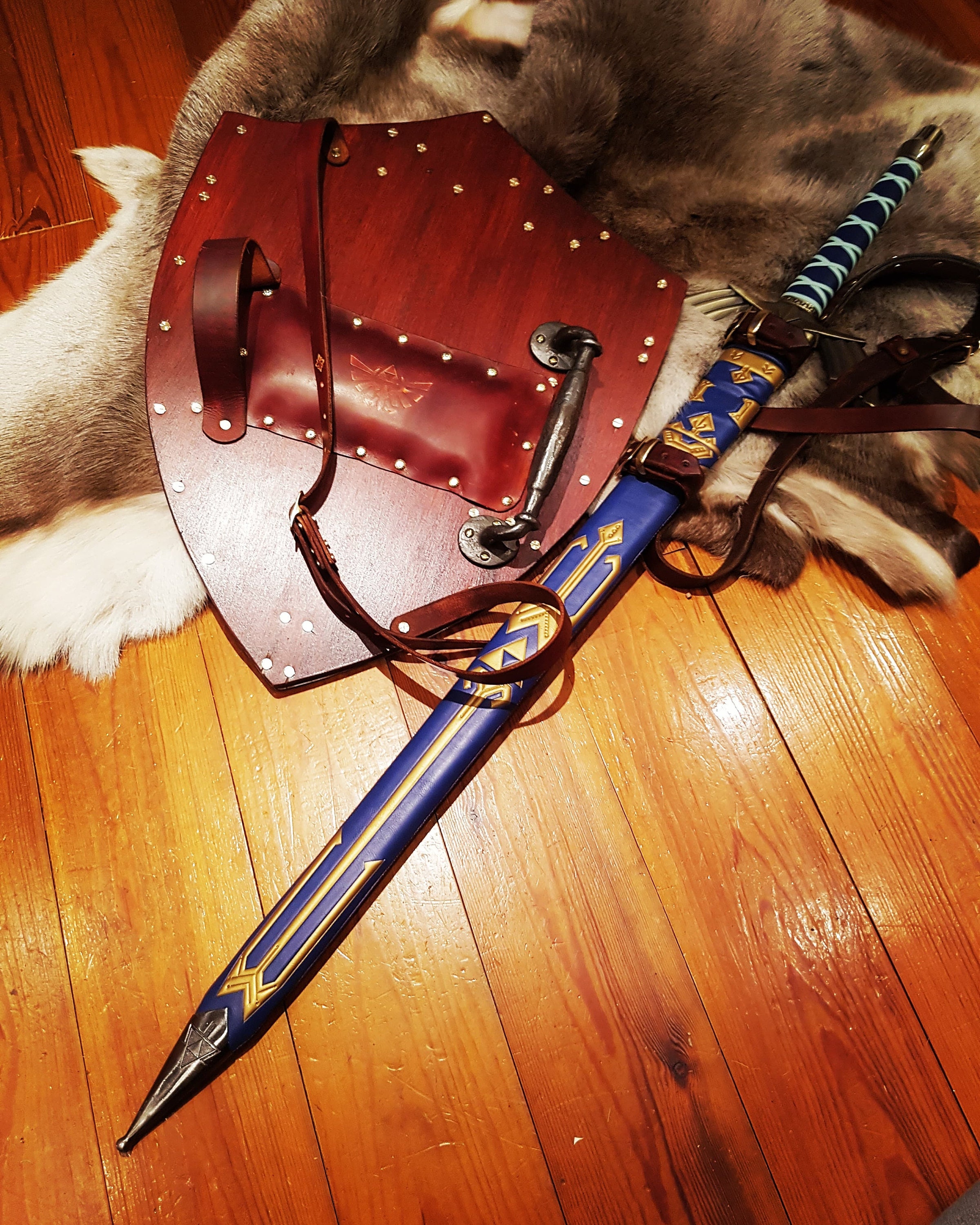 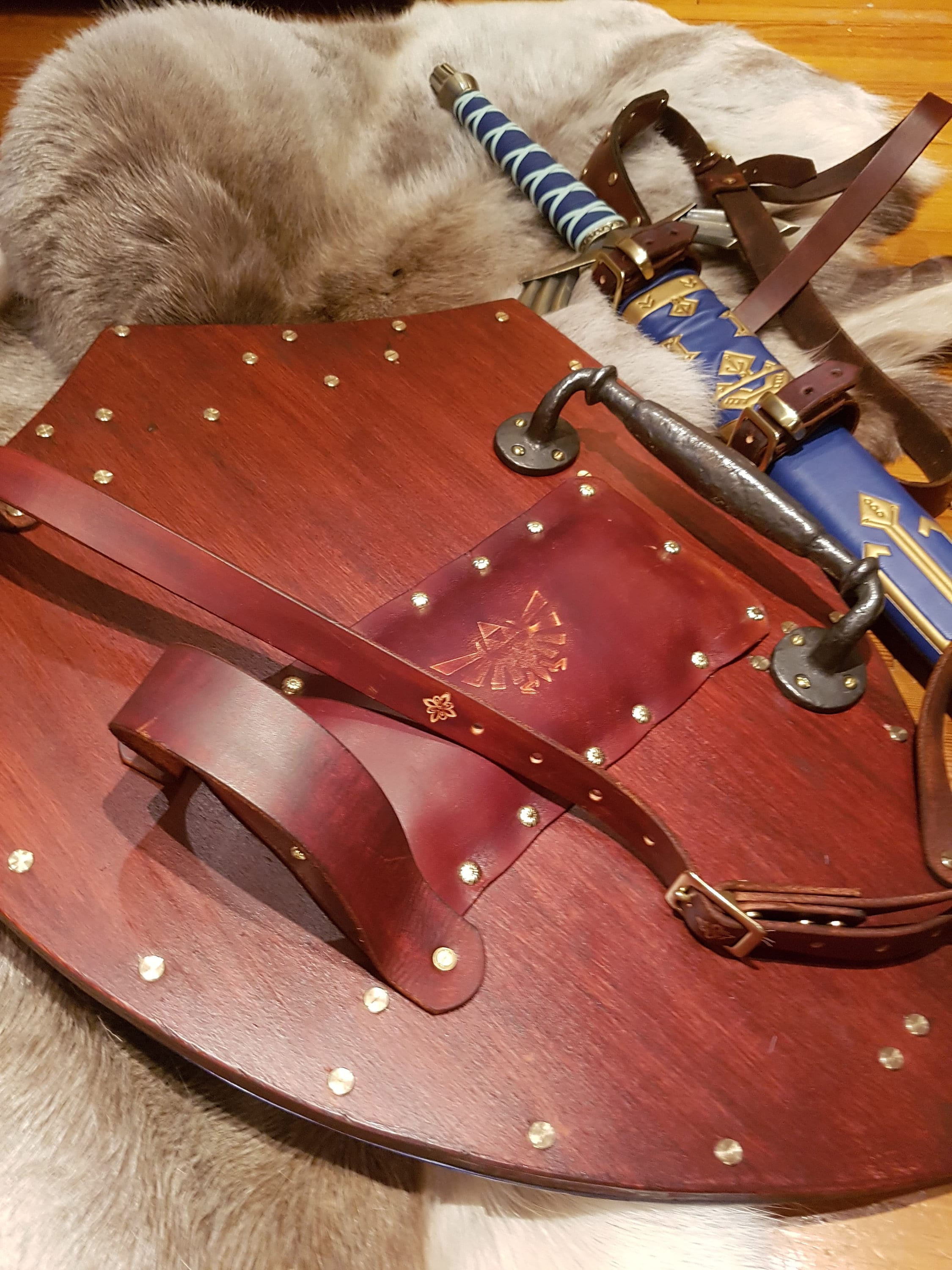 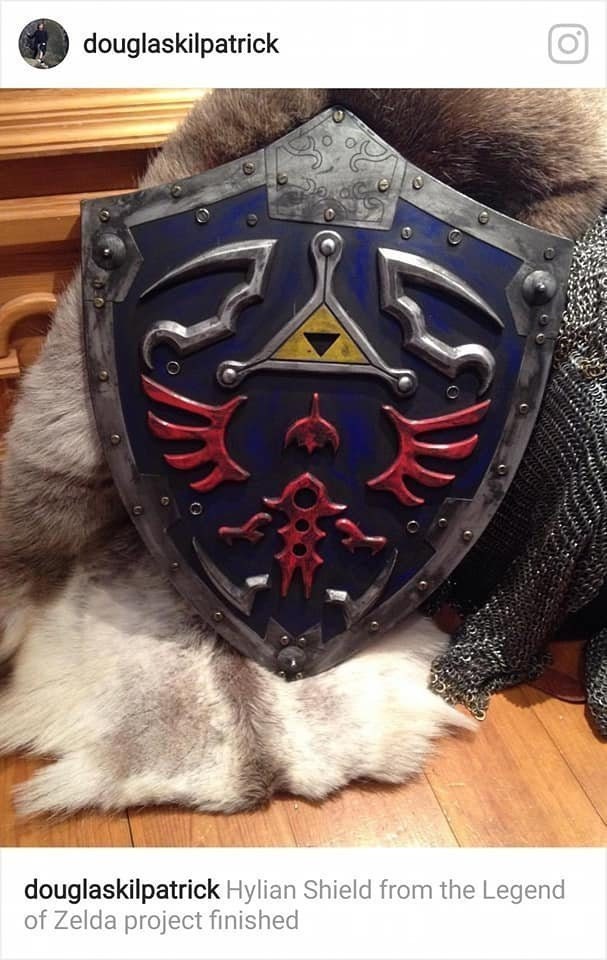 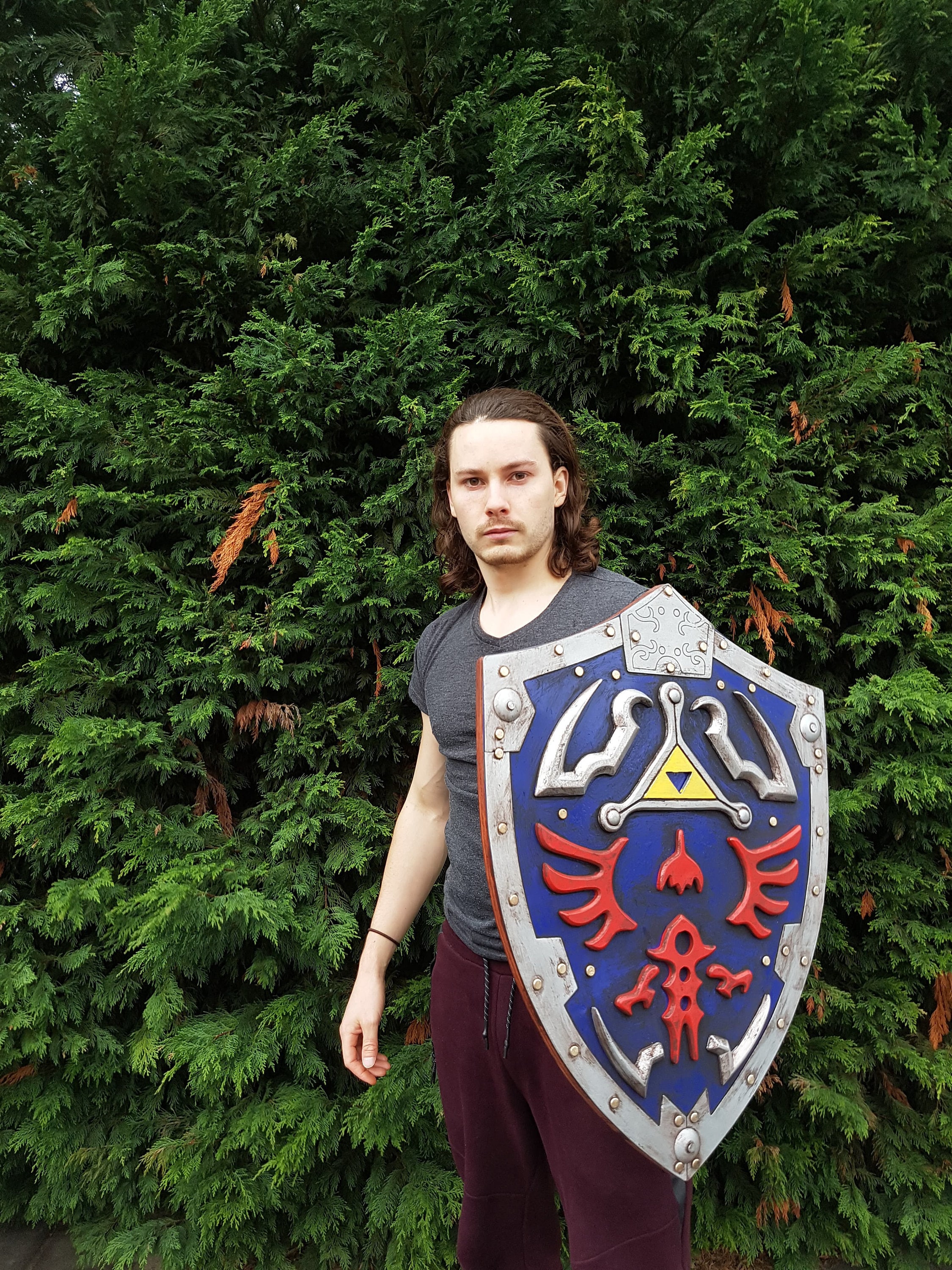 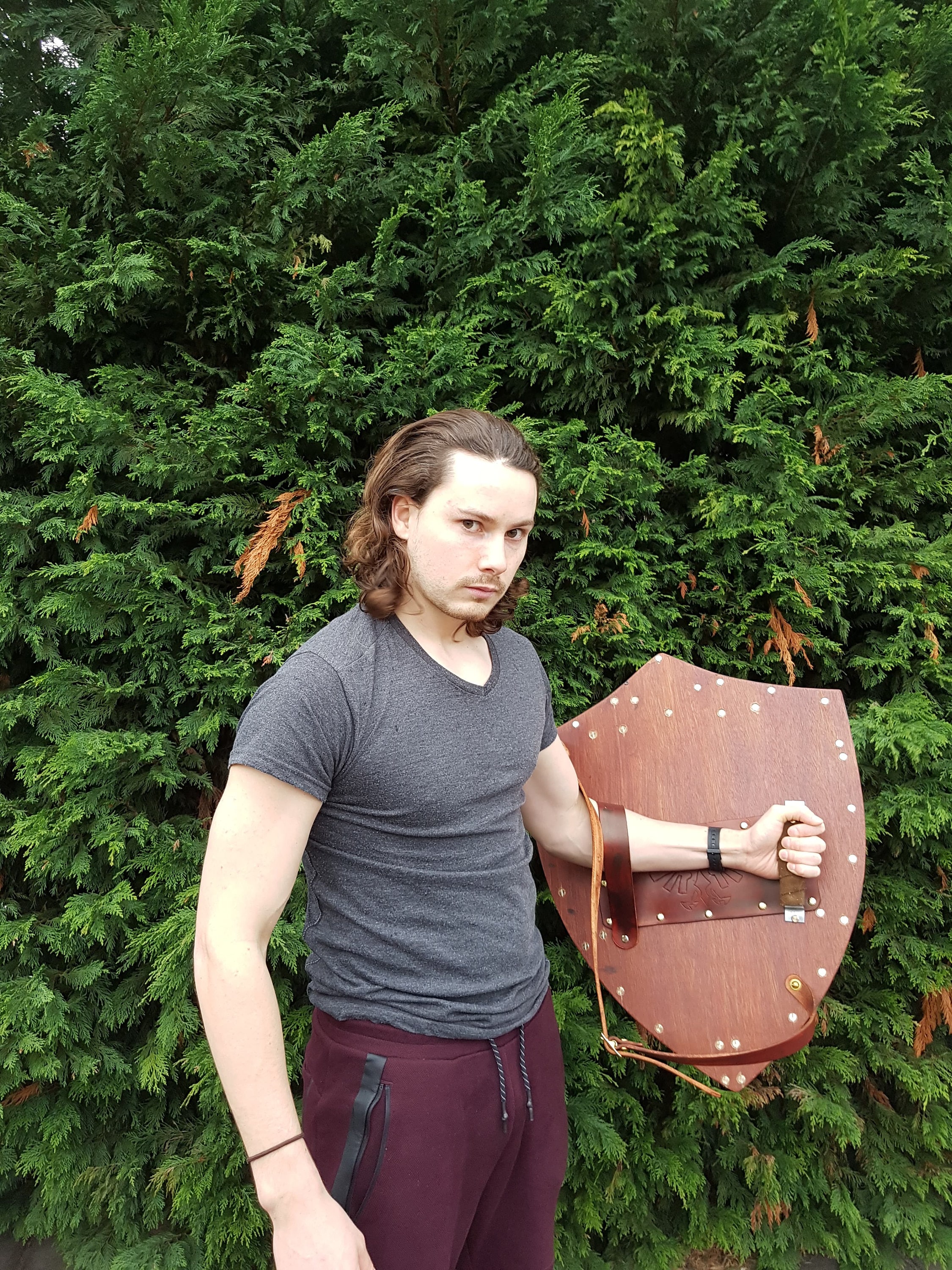 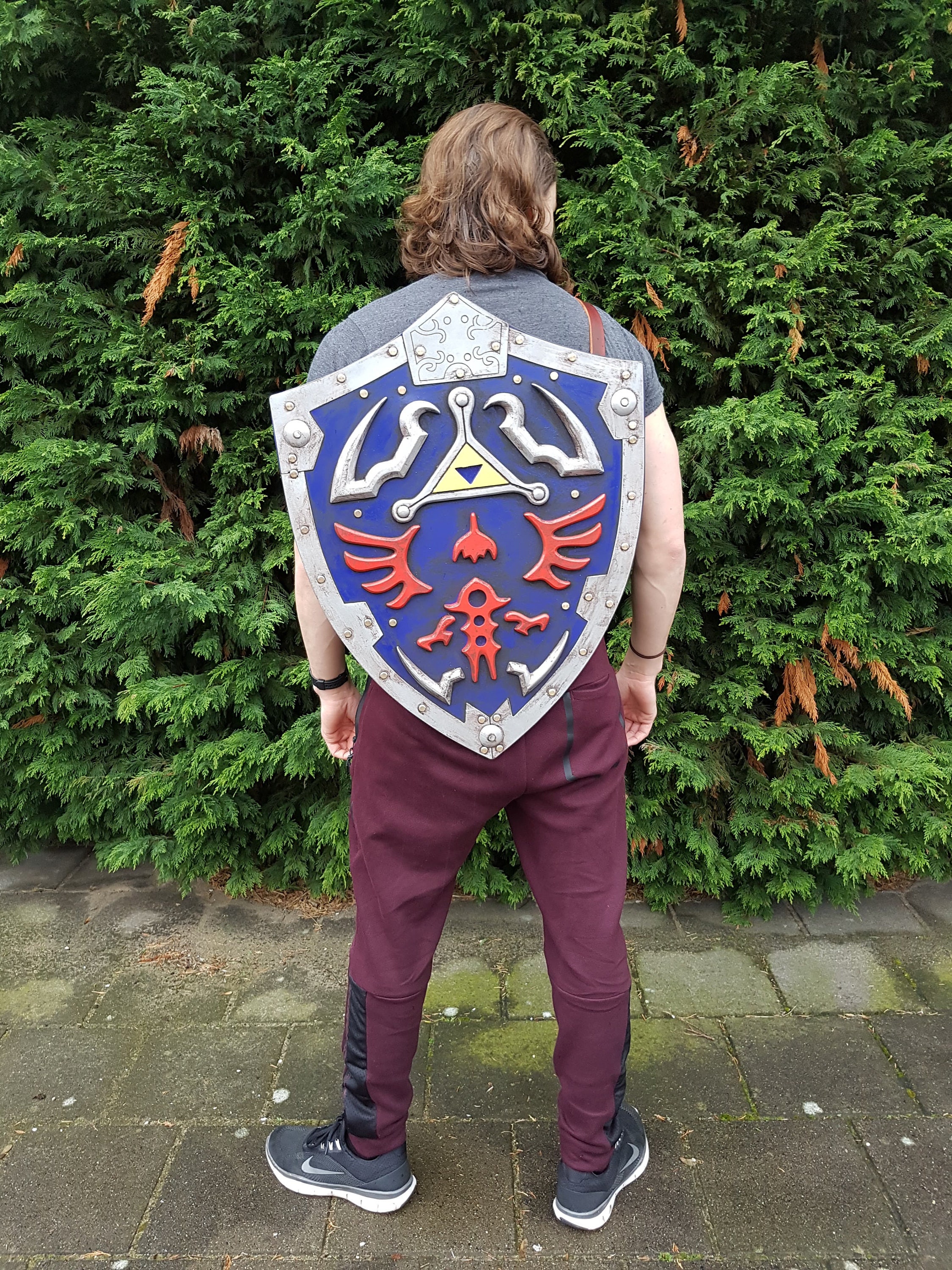 Custom made Hylian Shield from the Legend of Zelda: Twilight Princess.

The Hylian Shield is a recurring shield in the Legend of Zelda series. It is an adult-sized metal heater shield said to be the very same type of shield used by Hylian Knights; though its design varies somewhat between games, one constant is that the Hylian Shield always bears the emblem of the Triforce, beneath it, a red Hylian Crest representing the goddess Hylia and the Crimson Loftwing. In the Ocarina of Time the Hylian Shield is a wooden shield bearing a metal overlay.

This model is based on the Twilight Princess version of the Hylian shield, which has slight differences in decorative facing. The custom shield is made from solid metal with a treated wooden backing. Genuine leather used for the arm and shoulder straps as well as the arm rest. The metal handle is also covered in leather. The red Loftwing and Triforce are raised metal. Rivets are used throughout the design to give it a genuine and durable feel.

Shipping from The Netherlands

Ship items back to me within: 90 days of delivery

Questions about your order?

Please contact me if you have any problems with your order.

0 items in your cart